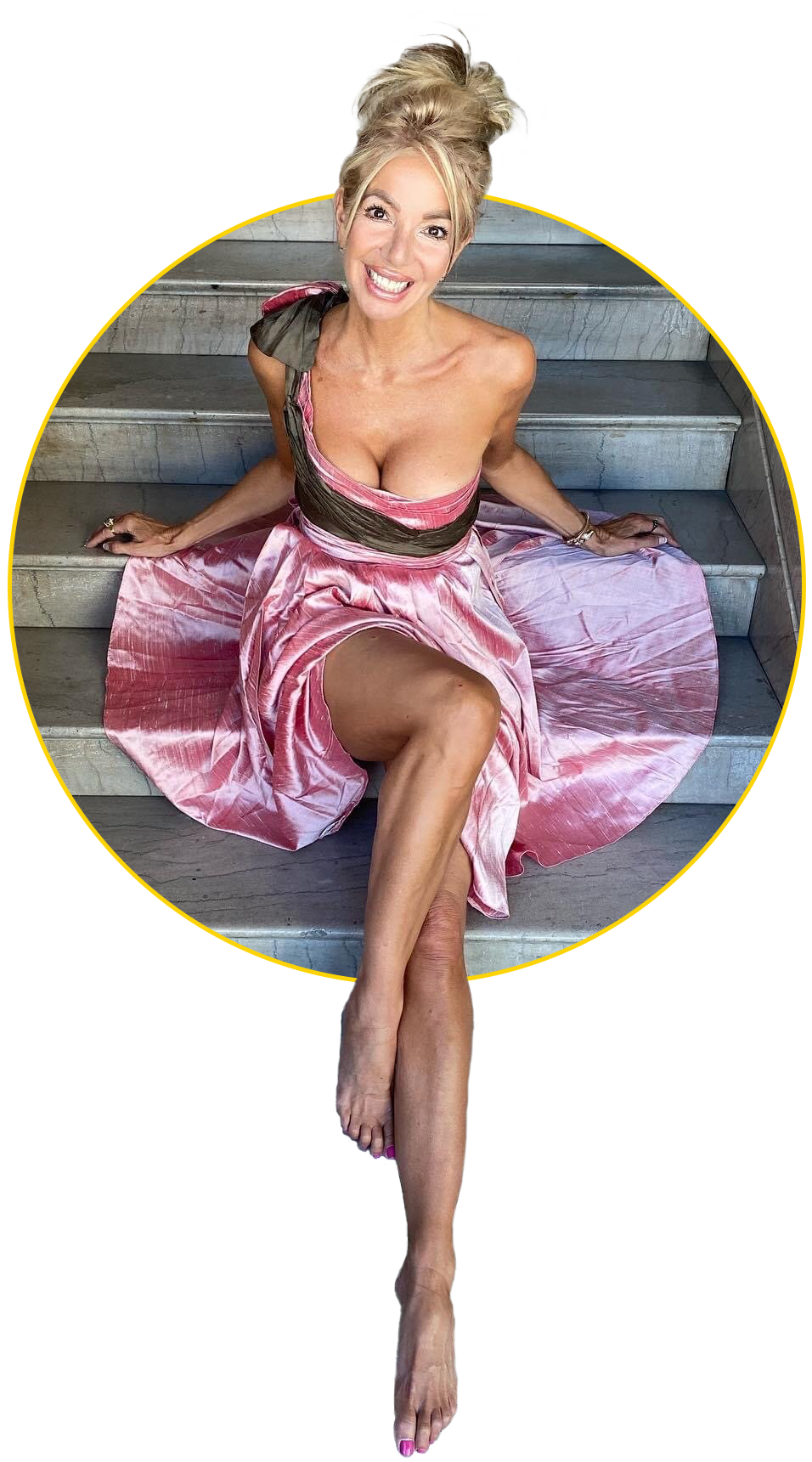 I have a history of combining my love of comedy and spirituality including writing a comedic self-help book Angels, Vampires and Douchebags, performing stand-up at the Kabballah Center in Los Angeles and subscribing to Norman Cousins’ belief that laughter can heal almost anything.

I’ve also practiced yoga for almost twenty years and as a dance instructor and personal trainer, I have often ended my sessions with a guided meditation. I also do a lot of voice work so we thought it might be a good idea to combine all my LinkedIn special skills!

I have fallen in love with Comedic Meditation. I want to share the experience and make it accessible to as many people as possible.

Don’t stop there, I want to know more about Carla.

Named “Comedian of the Year” by the Southern California Motion Picture Council, Carla Collins is an award-winning comedian, actress, television and radio host. She has appeared in numerous movies and television shows in both the US and Canada and performs comedy in clubs, theaters and festivals all over North America.

Carla’s reality show Carlawood is currently streaming on Amazon Prime. Collins will be filming her first US comedy special produced by the legendary David Steinberg and Proven Entertainment in early 2022.  She also stars in the new comedy Murder, Anyone? directed by James Cullen Bressack which hits theaters later this year.  Carla has also teamed up with bestie, entrepreneur and longtime vegan Michael Stuart Webb for a new podcast to complement their upcoming book called The Doucheless Vegan: a Giddy Guide to Living a Delicious Life without Being a Dick.

Carla is the creator of Chuckle and Chill: Comedic Meditation, a revolutionary new concept where after delivering thirty minutes of her stand-up comedy Collins leads the audience through an authentic, original, relaxing guided meditation. An instant hit, her comedic meditation has already been featured on NBC’s California Live, CP24 News, SiriusXM Radio, CBC’s Metro Morning and in The Eden Magazine and LA’s Splash Magazine.

Collins is the bestselling author of Angels, Vampires and Douche Bags, a comedic motivational tome and is currently writing a new self-help coffee book entitled Stairs: A 30 Day Step by Step Guide to being Fab AF. Her hilarious comedy can be heard around the world on various Sirius XM stations, Spotify, iHeartRadio, TIDAL and Pandora. You can also hear her melodic voice on several commercials and cartoons. Carla has five comedy albums currently available on iTunes Mobius Stripper, The Best of the Worst of Carla Collins, Recovering Nudist, PandEPIC! and the newly released Reverse Mortgage Cowgirl.

Formerly a professional dancer, Carla maintains her fitness and avoids prison by instructing both Barre and Zumba at Gold’s Gym in Venice. She has also embarked upon a modeling career, fashionably late of course, and was a finalist in the 2020 Modelhunt International competition in Los Angeles.

A fierce animal lover, Carla has been involved with the SPCA and Humane Society for years and is an ambassador for World Animal Protection. She resides in Los Angeles with her rescue Dr. Zira. Her beloved big dog Miles crossed the rainbow bridge so she has become the cliché white woman who takes her Chihuahua everywhere.